Welcome to the newest member of the RLG family! 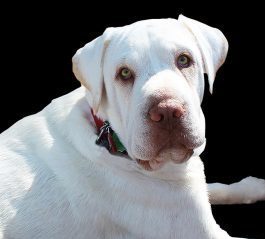 Meet Ozzy, a rescue dog from the Ozarks, hence his name, from the Little Pink Shelter in Westport. Adopted by Joe and Debbie Rucci after losing Nico, the original office dog, Ozzy is a shar-pei/lab mix just like his predecessor. Ozzy is just about a year old and has a lot of puppy in him. He loves playing with his toys, but also needs a lot of sleep. He will stretch out anywhere throughout the office to catch 40 winks – sometimes accompanied by snoring. While Ozzy is still learning proper office etiquette he greets everyone each morning and his favorite time of the day is lunch. Ozzy has a mellow disposition and is a happy-go-lucky guy. He aspires to be a great RLG office dog. 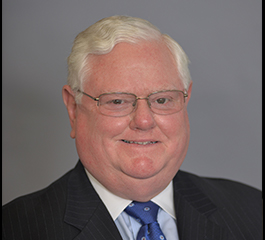 Congratulations to George A. Reilly for being recognized for the second year in a row for his practice area of family law in Best Lawyers in America© 26th Edition. For this addition, 8.3 million votes were analyzed for the selection process. Lawyers are not required or allowed to pay a fee to be listed; therefore inclusion in Best Lawyers is considered a singular honor.

George A. Reilly has been elected to the position of Secretary of the Board of Directors for the Norwalk Community College Foundation. George has been a member of the board since 2012. The foundation raises, invests, administers and distributes funds for programs and scholarships that give all students the opportunity for self-improvement and intellectual growth and engages the community to share talents and resources with the college.

RLG was a sponsor once again of the New Canaan Rotary Club Lobsterfest in September. As in past years, Joe Rucci was there helping to serve up those delicious dinners, joined by some of the RLG staff who was happy to enjoy eating them!

Congratulations to Kathryn E. Diehm for being included as a Rising Star for the fourth year in a row in New England Super Lawyers Magazine.  No more than five percent of attorneys from each state are included in Super Lawyers designation for any given year. The multi-factor selection process includes independent research, peer nominations and evaluations, as well as professional achievement in legal practice.

Kate Diehm has been appointed by the National Society of the Daughters of the American Revolution as the Organizing Regent for a new Connecticut chapter.  The DAR, founded in 1890 and headquartered in Washington, D.C., is a non-profit, non-political volunteer women’s service organization dedicated to promoting patriotism, preserving American history, and securing America’s future through better education for children. Members volunteer service hours annually in their local communities including supporting active duty military personnel and assisting veteran patients, awarding scholarships and financial aid each year to students, and supporting schools for underserved children. As a long time member of the Connecticut Chapter, Kate is excited to head up the new Chapter and continue the valuable work of this important organization.